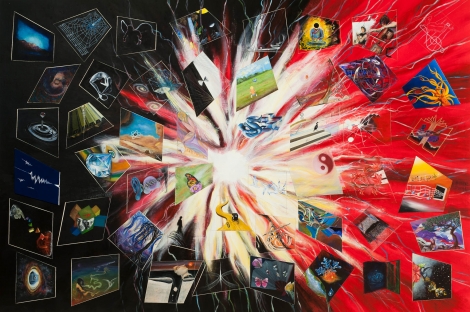 Entanglement is a non-local phenomenon where two particles influence each other instantaneously.

If we accept as true the cosmological Big Bang theory, the universe originated from a huge “explosion” started from a singularity.

Thus, approximately 15 billion years ago, the universe was concentrated in a point of infinite density, where we can assume there were very close interactions between all particles: thus, it is possible to concieve that a “universal entanglement” remains in the particles like a “memory” that is beyond all space-time separation.

Consciousness is within a large interaction.

Those who understand they are part of a very complex mechanism truly understand how it is possible to interact with things.